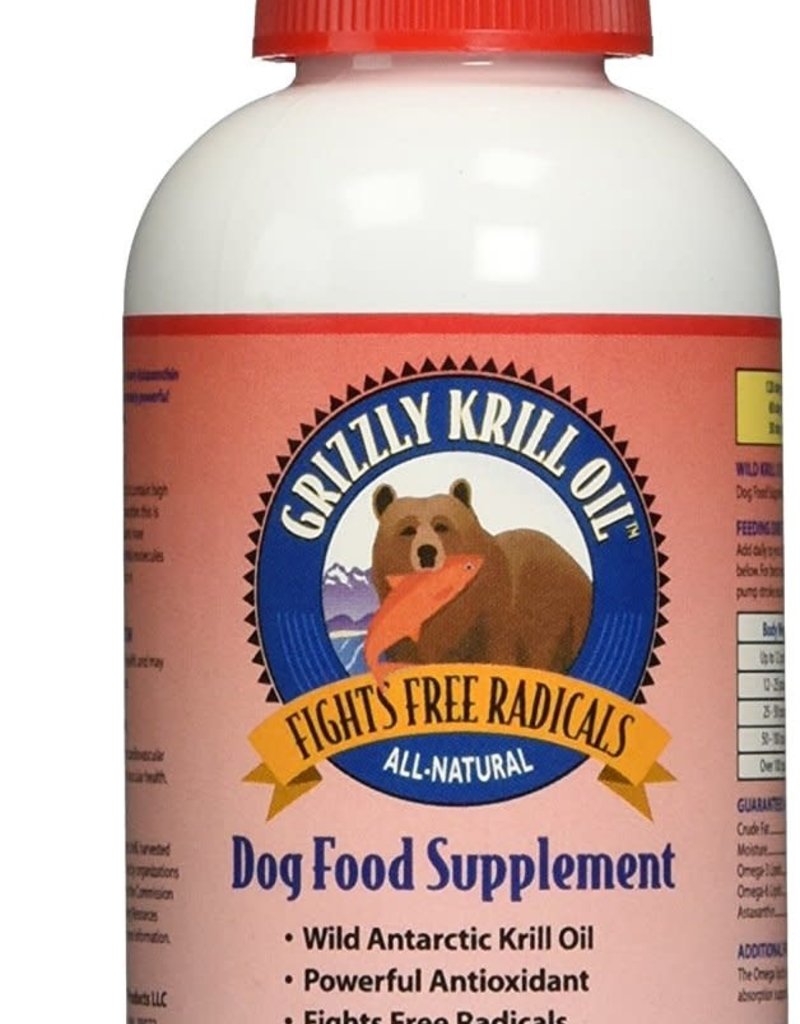 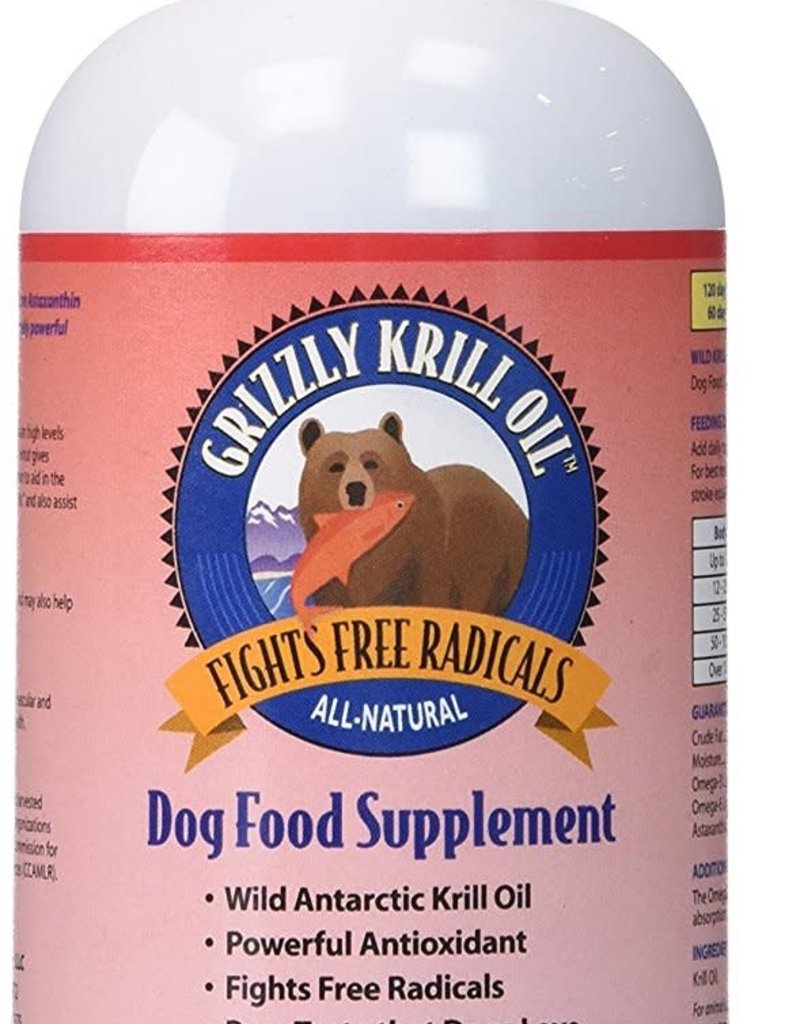 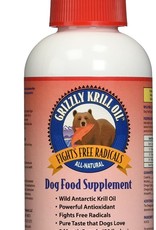 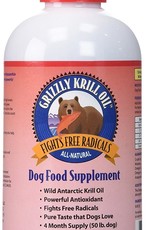 Wild krill from the pristine waters of Antarctica contain high levels of a natural antioxidant called Astaxanthin: this is what gives krill its deep red color. Grizzly Krill Oil contains up to EIGHT times more Astaxanthin than Krill Oil for humans, making it an extremely powerful antioxidant product for dogs and cats. Antioxidants have been shown to aid in the elimination of harmful molecules called “free radicals.”

Grizzly Krill Oil is an obvious choice for anyone wanting to safeguard their pet against the harmful actions of free radicals—the unstable molecules created primarily during digestion. Antioxidants like Astaxanthin in Grizzly Krill Oil have been shown to aid in the elimination of free radicals. Due to FDA regulations, we are not allowed to mention the impacts of excess free radicals on your pet’s health, but we welcome you to research that information elsewhere on the web.

In addition to supporting your dog or cat in fighting free radicals, the natural antioxidants in Grizzly Krill Oil also help support the health of your pet’s liver, ocular, respiratory, cardiovascular and vascular functions, as well as helping to maintain good health in all the body’s cells and tissues.

Grizzly Krill Oil does not contain omega-3 fatty acids like other fish oils, but instead contains omega-3 lipids (phospholipids). Due to their chemical structure, phospholipids act much like an emulsifier that assists your pet in absorbing nutrients. Lipids are very important elements in all cell membrane structures; providing a variety of phospholipids in your pet’s diet helps maintain healthy membranes in the digestive tract, further benefitting overall nutrition absorption.

*Not recognized as an essential nutrient by the AAFCO Dog Food Nutrient Profiles.